For the first time in two years, I have been blessed with the oppor­tu­nity to have a class in the Fish­eries Sciences build­ing. For liberal arts majors, this is just another build­ing in south campus shrouded in the fog of anonymity that rolls off Union Bay in the morn­ings. But for those of us study­ing biolog­i­cal and/or life sciences, it is the bane of our exis­tence. Having the letters FSH next to your class sched­ule in MyUW is synony­mous to being called up by the Coun­cil of Elrond to find your way into Mordor, except you have to do it two to three times a week. It’s the build­ing you take the bus for an awkwardly short period of time en route to getting there because it’s just that far away from your house. Some people go to the lengths of not even sign­ing up for classes they want to take simply because it’s taught in the Fish­eries build­ing. Tucked away into the far south­west­ern corner of campus, it is the subject of many, many, many complaints of priv­i­leged univer­sity students, and this will not change any time in the near future.

So how do we, as the student body, cope with this? As long as the envi­ron­men­tal science, fish­eries, and oceanog­ra­phy depart­ments keep receiv­ing fund­ing, some of us will have acad­emic reasons to go to the faraway lands of South Campus, and with increas­ing enroll­ment, human pres­ence in these build­ings are not going to lessen any time soon. One alter­na­tive is to avoid science majors alto­geth­er, but this has far-reach­ing soci­etal impli­ca­tions that, arguably, over­shad­ows the issue of FSH being far away from all your other class­es. Looks like we’re going to have to deal with it.

But another prob­lem arises from this. As detailed previously at UW Bath­rooms, the first floor bath­room in Fish­eries is atro­cious! So not only are you tired and irri­tated from walk­ing 25 minutes to your only class of the day, you can’t even have a good coffee-in­duced pee-pee time (aka CIPPT, pronounced sipped) after your lecture on fish or what­ev­er. Combined, these two incon­ve­niences are incon­ve­nient enough to make a Face­book status regard­ing how badly your day is going and illicit multi­ple sympa­thetic comments. So where do you go pee in Fish­eries? You don’t.

Less than 1/25th of the distance that you walked from your house to Fish­eries for class lies a build­ing called the Fish­eries Teach­ing and Research Center. Viewed from Fish­eries look­ing south, it has a big circu­lar vent/win­dow above the main entrance. It’s pretty hard to miss, consid­er­ing it’s the only univer­sity build­ing for seem­ingly miles around. Presum­ably because it’s in south­west South Campus, it’s under­used and hardly anyone is in there, espe­cially in the morn­ings. In my almost two years of compiled research, one of the models I have devel­oped is as follows:

Where nb is the number of people that access the bath­rooms in any given build­ing, n is the number of people that access the build­ing, and b is a constant that accounts for the percent­age of n that will use the bath­rooms in the build­ing over a period of time. Since Fish­eries Research has a low n, and since b remains constant, we can predict that the frequency of bath­room use will be very low. There are many impli­ca­tions of a low nb but privacy is the biggest result of this. After the hypoth­e­sis was devel­oped, I went to gather some research.

I had a partic­u­larly bad case of CIPPT this morn­ing because I had consumed about a gallon of coffee as a result of feign­ing the effects of being awake for the 37 hours prior to falling sleep­ing last night. The Fish­eries 1st floor unit wasn’t really cutting it for me after two weeks of contin­u­ous disap­point­ment, so I went next door to FTR to see what was up. 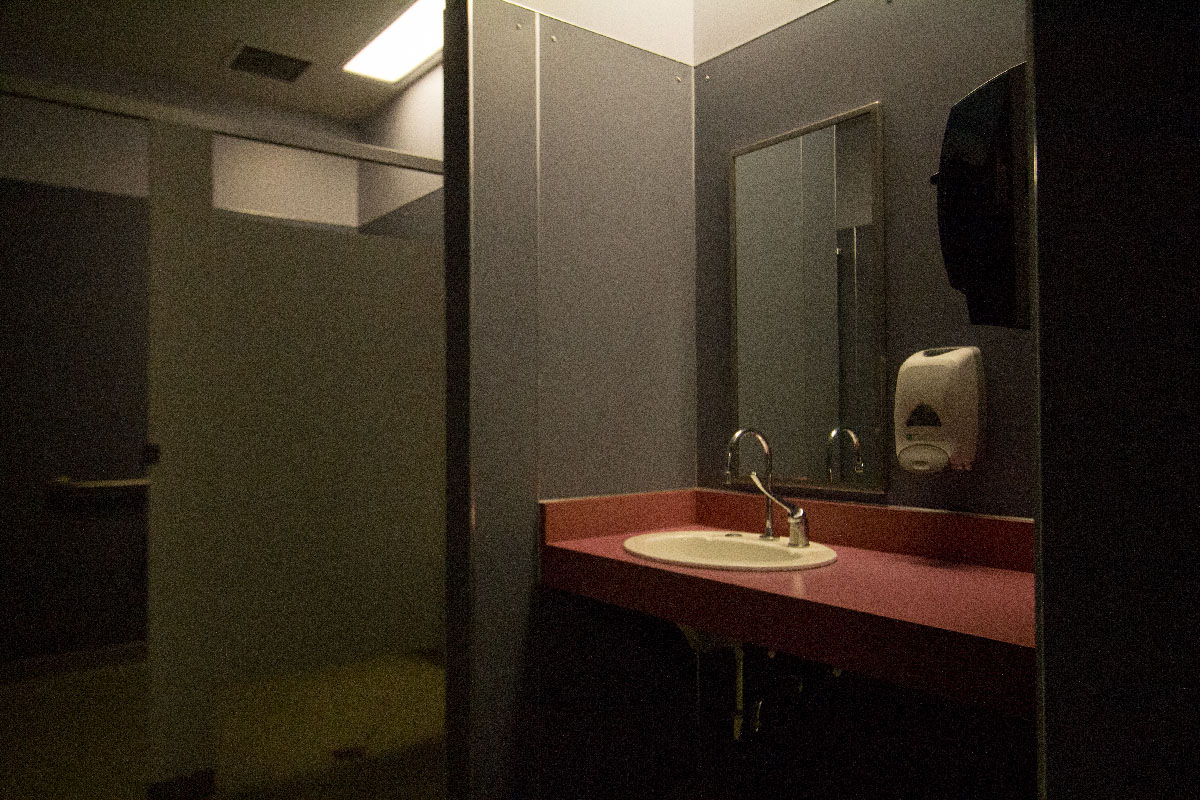 The result was a virtu­ally empty build­ing (half the lights weren’t even on) and a near-spot­less, empty bath­room at the end of the hall­way. The only sign that some­one used it before me was water residue on the sink coun­ter. All in all, it was a great CIPPT. My only qualms were the lack of natural light and the fact that I had never both­ered to try this build­ing out earlier, like in sopho­more year when I had a class there prac­ti­cally every quarter. 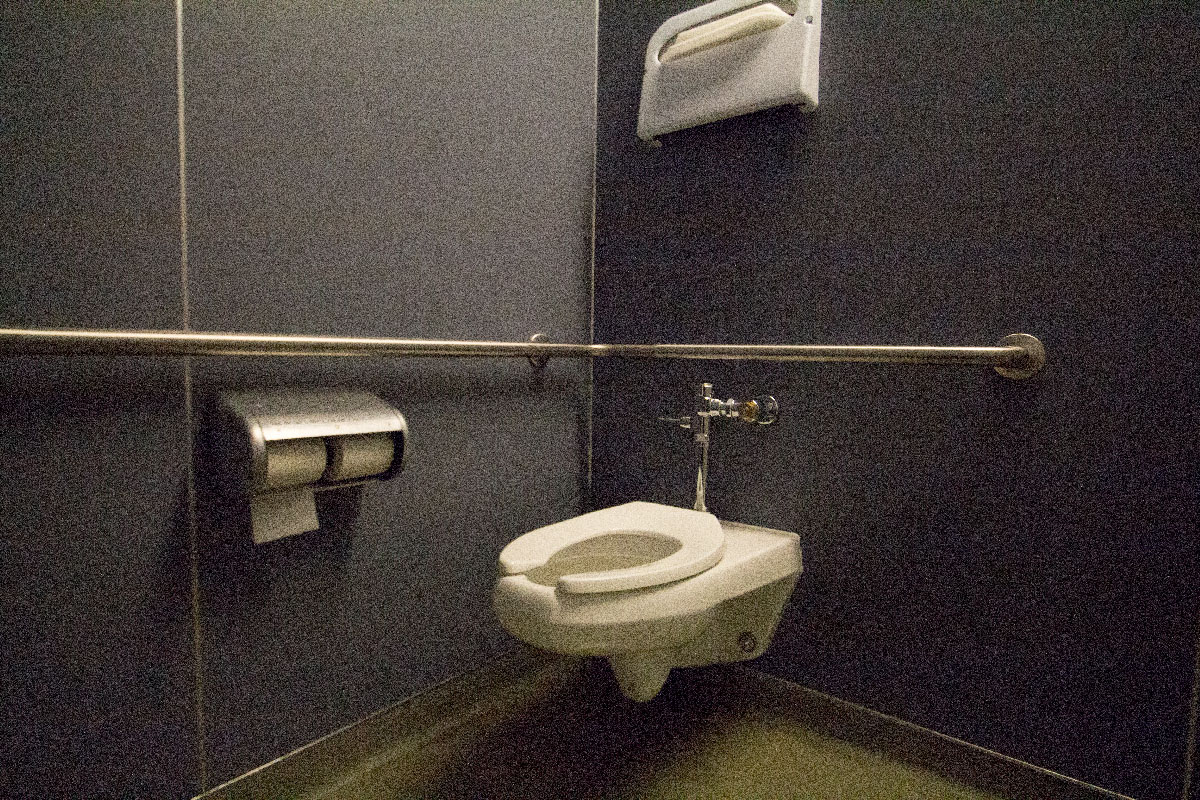 Also, if Fish­eries Teach­ing and Research was renamed to Fish­eries Research and Teach­ing, the new build­ing abbre­vi­a­tion code would be FRT, which would have certainly led to it being pronounced “fart,” result­ing in much mock­ery at the build­ing’s expense. This means that there absolutely had to have been a moment in time where a very, very impor­tant person on the UW Board of Direc­tors or some equiv­a­lent had to share this specific reason as to why not to call this partic­u­lar build­ing the Fish­eries Research and Teach­ing Build­ing. Could you have imag­ined the sight of a wealthy, power­ful sexa­gener­ian explain­ing to his/her colleagues that you can’t make the initials FRT because then every­one would call it the fart build­ing? This totally had to have happened.