I’ve been hang­ing out in Gould Hall a lot recent­ly. This is partially because this is a sweet build­ing that offers the three basic types of places where people like to study. These include crowded areas that have back­ground noisy-e­nough-to-of­fer­-white-noise-but-not-noisy-e­nough-to-be-dis­tract­ing noise; libraries that are gener­ally really quiet and have desks and comfy places to sit to crank out some read­ing or other work; and a computer lab where you can get tech­no­log­i­cal stuff done in a not obnox­ious envi­ron­ment quite unlike Odegaard. People actu­ally get work done down there as opposed to play­ing League of Legends or Star­craft. In addi­tion to these pro-s­tudy­ing accom­mo­da­tions there’s a coffee shop in there too. This is about as perfect as it gets for study­ing, but alas, the coffee shop only takes cash.

A dispro­por­tion­ate amount of my time in Gould is spent in the computer lab known as the Digi­tal Commons, because I can bust out essays and read­ings online while listen­ing to full album rips off Youtube (the audio on my phone became wonky very recent­ly, so I’ve resorted to using what­ever computer I’m work­ing on). Every­one’s got their own way of study­ing. After 10 years of master­ing the art of procras­ti­na­tion, I’ve figured out how to get things done before dead­li­nes, and one of the require­ments is that it has to be in very specific places outside my house devoid of distrac­tions, one of these places being the base­ment of Gould Hall.

After fuel­ing up primar­ily on coffee and, on rare occa­sions, other stim­u­lants, I’ll delve into the concrete depths of the Digi­tal Commons and be produc­tive for two or three hours. But inevitably, my diuret­ic-aided blad­der beck­ons me to act upon its best inter­ests. Herein lies the prob­lem. I’m locked into my work, and I want to get this done with as quickly as possi­ble so that I can get imme­di­ately back to work so I don’t lose my focus and so that nobody steals my stuff. Because let’s face it, the person you ask to watch your stuff while you go pee real quick is prob­a­bly the one that robs you while you’re gone. 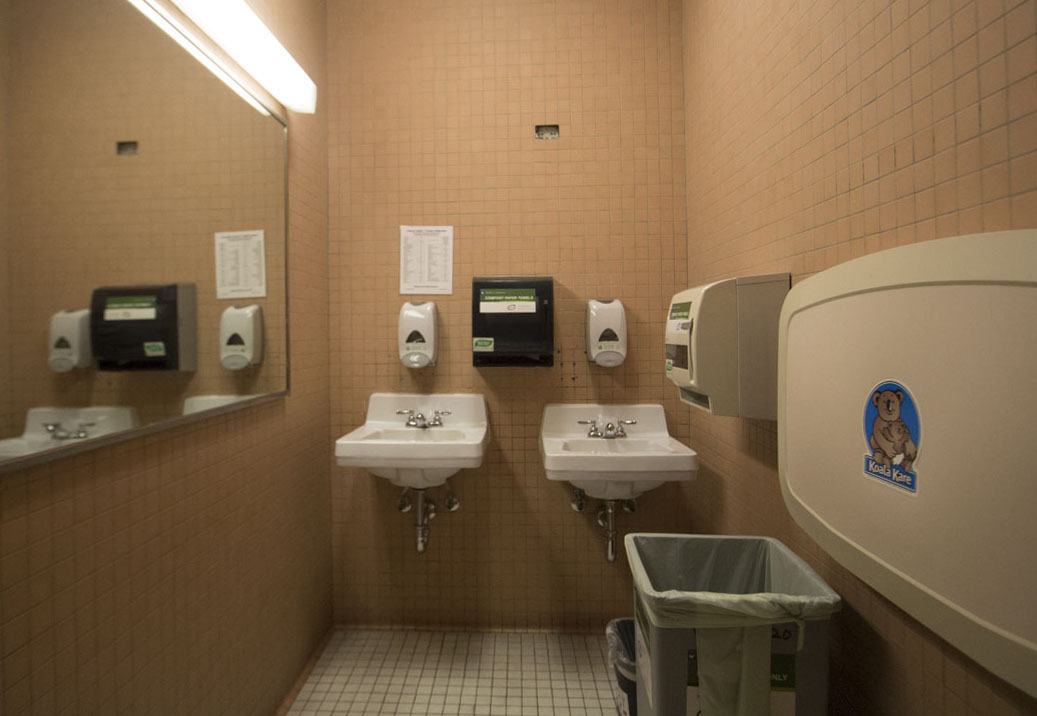 The bath­room comple­ment­ing the Digi­tal Commons is a good facil­i­ta­tor of haste-mak­ing. I enjoy it very much because it’s mini­mally furnished with two urinals and a stall and no windows. I like it because it’s not a great bath­room at all so you want to get the hell out of there. 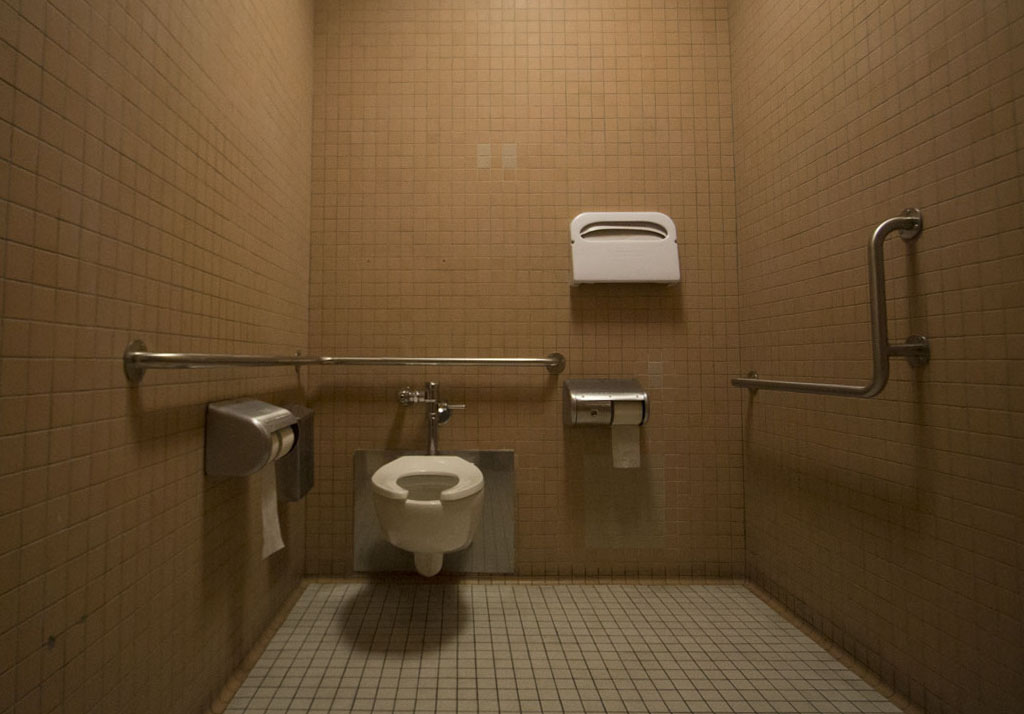 Which is not to say that you can’t appre­ci­ate the nuances. It’s rarely ever clean but also rarely ever dirty. It has reached equi­lib­rium in the dirt­i­ness spec­trum and has the aston­ish­ing feature of being able to main­tain this balance for extended peri­ods of time. The base­ment also appears to house several faculty offices, of which the inhab­i­tants use this restroom in harm­less but typi­cally uncon­ven­tional ways, includ­ing upkeep of personal oral hygiene and a recep­ta­cle in which to soak and clean dish­es, cups, and uten­sils. Run-ins with these faculty members are very infre­quent but their pres­ence in the base­ment will occa­sion­ally be let known by a lone dirty plate or cup in one of the sinks. I’ve come to appre­ci­ate these idio­syn­crasies rather than scorn them as it offers much-needed respite from the never-end­ing onslaught of homework.