Fact: 99% of under­grads have never seen the hallowed hall­ways of Gerberd­ing, which houses the admin­is­tra­tive offices of the Univer­si­ty. This is the White House of all build­ings on campus. It’s the Lamborgh­ini in the E1 park­ing lot amidst the sea of Toyota Priuses and Nissan Leaf-type shit. Gerberd­ing balls so hard that students and faculty are not allowed above the first floor, as the signs by the stair­case (there are no eleva­tors) will notify you that only employ­ees are allowed to use them.

I’m assum­ing that if you’re the 1% of UW students that have ever had to do some­thing in Gerberd­ing, it’s because of one of these things: your dad is in some Illu­mi­nati/Free Mason/Skull and Bones secret soci­ety and you’re talk­ing to the Board of Regents about embez­zling public research funds for purchas­ing a private yacht or how the Univer­sity is secretly fund­ing the Taliban because the provost’s uncle runs a weapons distrib­ut­ing compa­ny, OR you got in a shit­load of trou­ble, like break­ing into the supply room and labs at Bio-E to synthe­size PCP to sell to profes­sors as compen­sa­tion for you 4.0’ing all your classes or down­load­ing child pornog­ra­phy on the school’s network. I now give you a third reason to hang out here that, thank God, is not for as dras­tic of reasons as the ones previously mentioned.

Find­ing the restroom on the first floor is a little confus­ing because the hall­ways keep turn­ing these soft corners and you see corri­dors every­where but there’s only one main hall­way so follow your intu­ition and keep press­ing onward. It’ll be on your left. The women’s entrance has an auto­matic door, which you might think is pretty luxu­ri­ous but there are much more plebian build­ings on campus that have this feature. There’s actu­ally a little atrium sorta deal that you can hang out there and take pictures and social­ize like you’re on the red carpet of the Gram­mys. I was almost certain there’d be a valet in a tuxedo that hands you paper towels to wipe your hands with, and I was bummed because I didn’t have any money for his tip. Isn’t it bogus that you have to tip those guys? I was begin­ning to feel severely under­-dressed, like I was at a restau­rant where they only serve you if you wear a dinner jacket but you show up with a basket­ball jersey and floral swim trunks. Just to be care­ful, wear some loafers or a button-down shirt when you decide to poop here. Don’t wear a snap­back like I did or else you’ll get scowls from the admin staff.

The inte­rior isn’t anything partic­u­larly special, but it feels that way because you’re in one of the most exclu­sive build­ings on campus. It’s like if you found out that Steve Sark­isian bought all his athletic apparel from Wal-Mart. The bath­room itself is actu­ally pretty small, but then again such a small propor­tion of people on campus have offices or use it that it makes sense. Just because it’s one of the oldest, most histor­i­cal and sexi­est build­ings on campus, does­n’t neces­sar­ily mean you need a huge bath­room or stat­ues of Greek mytho­log­i­cal figures or other such extrav­a­gant things. People know Gerberd­ing is legit because of its repu­ta­tion, not because of the shit that’s inside it. The HUB has a bowl­ing alley but people don’t make a big deal about it because it’s just the HUB, you know? Every­one knows it as that place you go to when you want to buy over­priced food. People respect prece­dence and history and tradi­tion and shit like that.

Gerberd­ing is first and fore­most an ideal spot because of this private nature. It’s also aesthet­i­cally pleas­ing. It’s small and simply laid out so there’s a very straight­for­ward and effi­cient walk­ing path. It also has a really sound amount of stalls and urinals, to the point where the bath­room seems like it can accom­mo­date a decent amount of people at once with­out having to wait in line with­out it feel­ing like it’s too crowd­ed. These elements give a really relaxed atmosphere to the entire place, which is nicely juxta­posed to the aura of power and tradi­tion that lingers about Gerberd­ing, which comes on espe­cially strong when you’re look­ing around at the millions of portraits of past admin­is­tra­tive staff members. 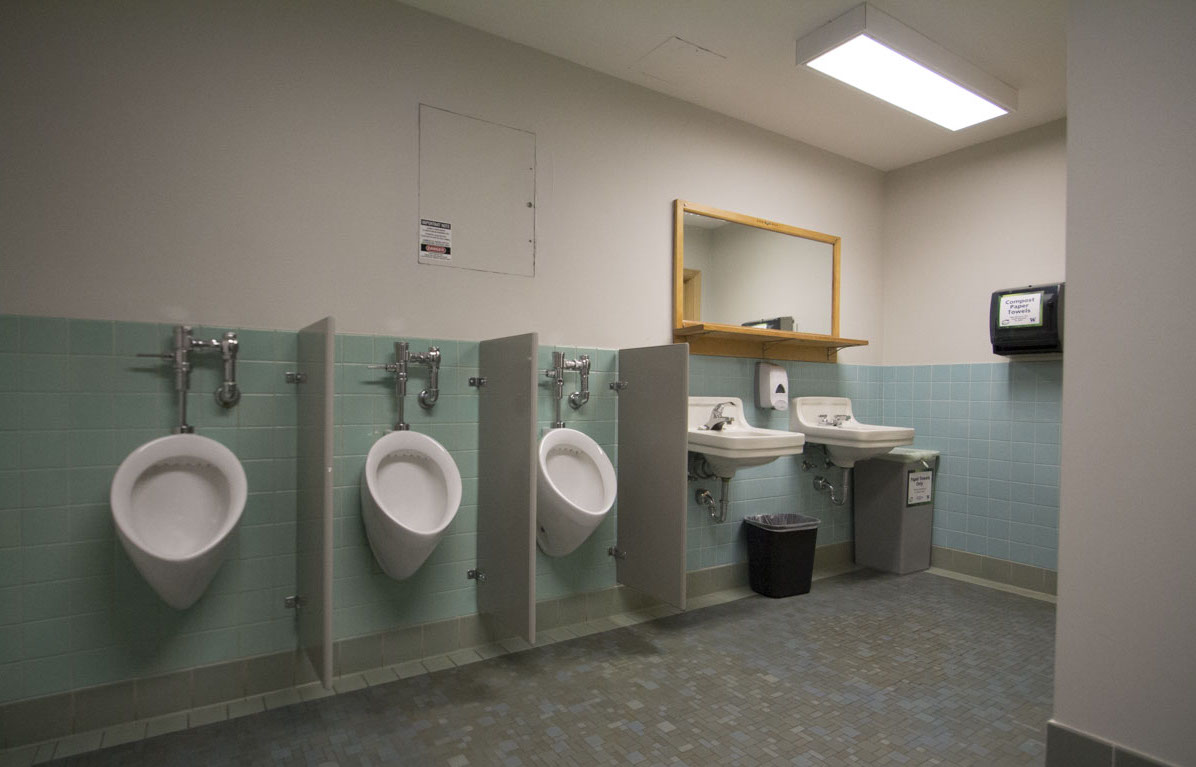 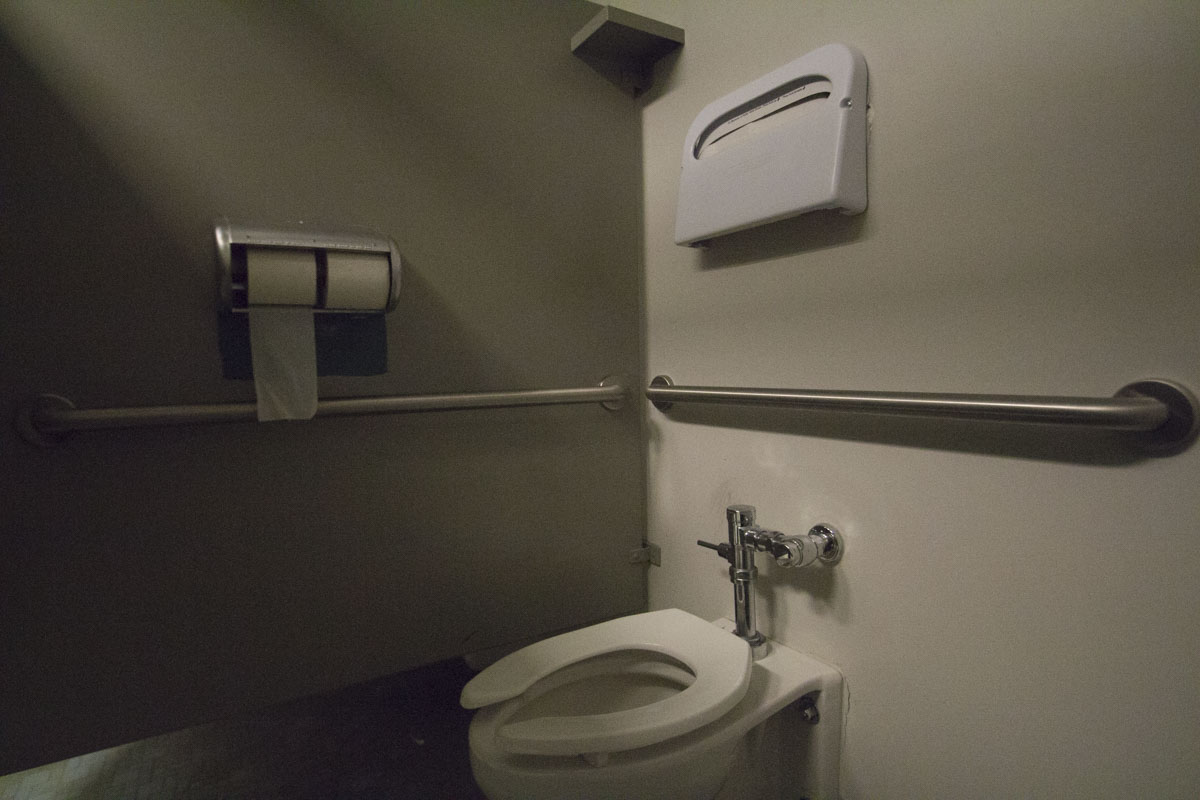 You would think that in this build­ing the custo­dial staff would step up their game and invest in the good toilet paper. I thought this as well and was excited to bless my bottom with some Charmin type TP, at the very least some Quilted North­ern. But no, they go with the shit that’s so thin it’s translu­cent. It boggles my mind how paper so thin that it is a tech­no­log­i­cal wonder can be so scratchy at the same time. 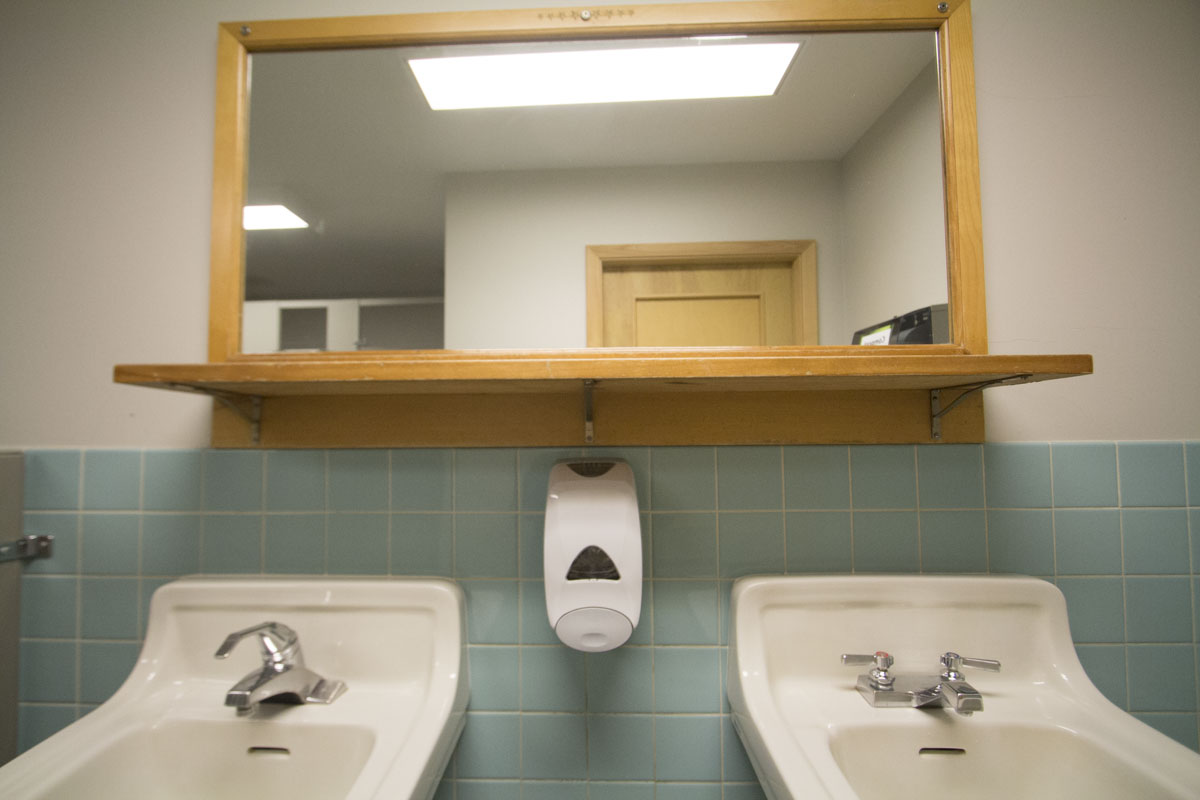 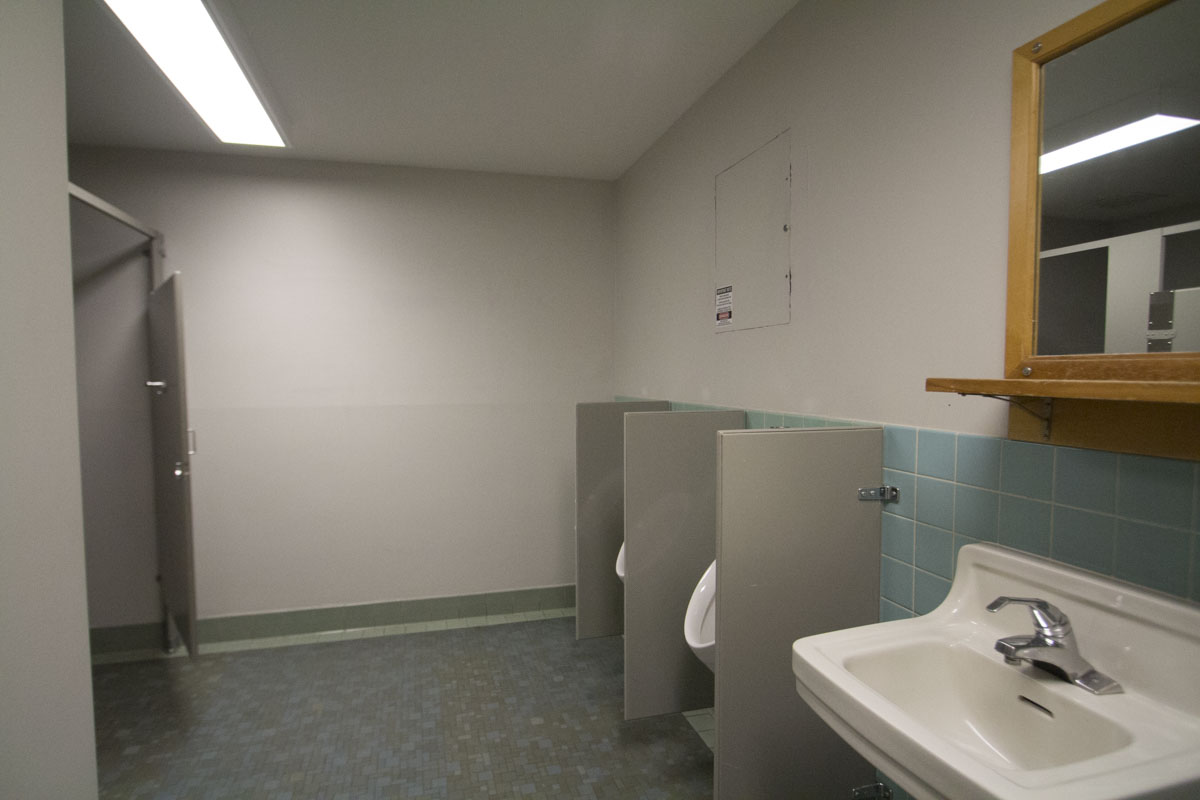 The mirror above the sinks gives a hint of opulence, as it is framed by some wood with some bas-re­lief stars in the top middle. As much as I wanted that wood to be some ornate mahogany or other rare hard­wood, it was prob­a­bly some stained maple. What a facade. It’s the thought that counts though. And when you’re think­ing about where to poop after a mid-day study sesh at Suzza­llo or a class near Red Square, hit up Gerberd­ing, but only if you’re dressed for the occa­sion. This might be my new favorite spot on campus.