I think one of the grad­u­a­tion require­ments for all UW under­grads is having taken a class in Kane Hall. For those that don’t know, Kane has three enor­mous lecture halls that can each hold about 250, 350 and 750 students. I’ve had the misfor­tune of having a class in Kane Hall every quar­ter except my fall quar­ter fresh­man year. While that expe­ri­ence has shat­tered my soul into pieces too small to be taped back togeth­er, it has provided me with at least two valu­able assets, the first being course require­ments so I can grad­u­ate, and the second being time to explore Kane Hall.

For fresh­men that haven’t had the need to enter Kane Hall yet, the layout is pretty simple. The ground floor has three lecture halls. Up the stairs are smaller lecture halls. Then there’s the base­ment where there’s some offices and the Student Tech­nol­ogy Services office, and then a couple more sub-base­ment floors where those guys on your dorm floor that never show­ered or left their rooms are hiding their respec­tive ille­gal stashes of weapon­s-grade pluto­nium in dark, hidden rooms. Then there’s all those booths all the ethnic student asso­ci­a­tions, the frats that only Asians belong to for some reason, and polit­i­cal activist groups set up right outside the build­ing. Need­less to say, Kane is a busy place. The only vari­able miss­ing here is the bath­rooms. And let me tell you, they are woeful.

Woeful from the minute you walk through the door. There are no restrooms on the first floor! The floor where a good 1,000 students sit for 50 minutes an hour from 8:30 until 5:30 five days a week has no bath­room. Not one! So if you do have to pee real bad during your lecture then you have to take the eleva­tor down to the base­ment or hike it up to the second floor. I did the latter. 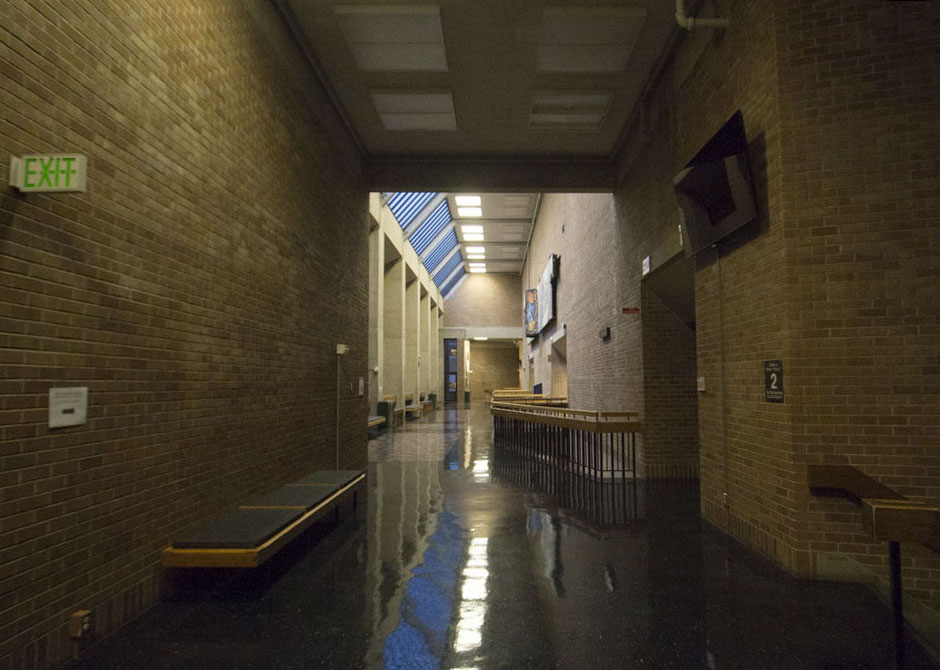 After the long walk up to the second floor that’s that much more diffi­cult when you have to pee, I caught my breath for a second and admired all the art that the univer­sity hangs up in Kane. For what­ever reason, the second floor of Kane Hall seems to be the Henry Art Gallery stor­age closet and there’s a bunch of paint­ings and sculp­tures hang­ing out everywhere. 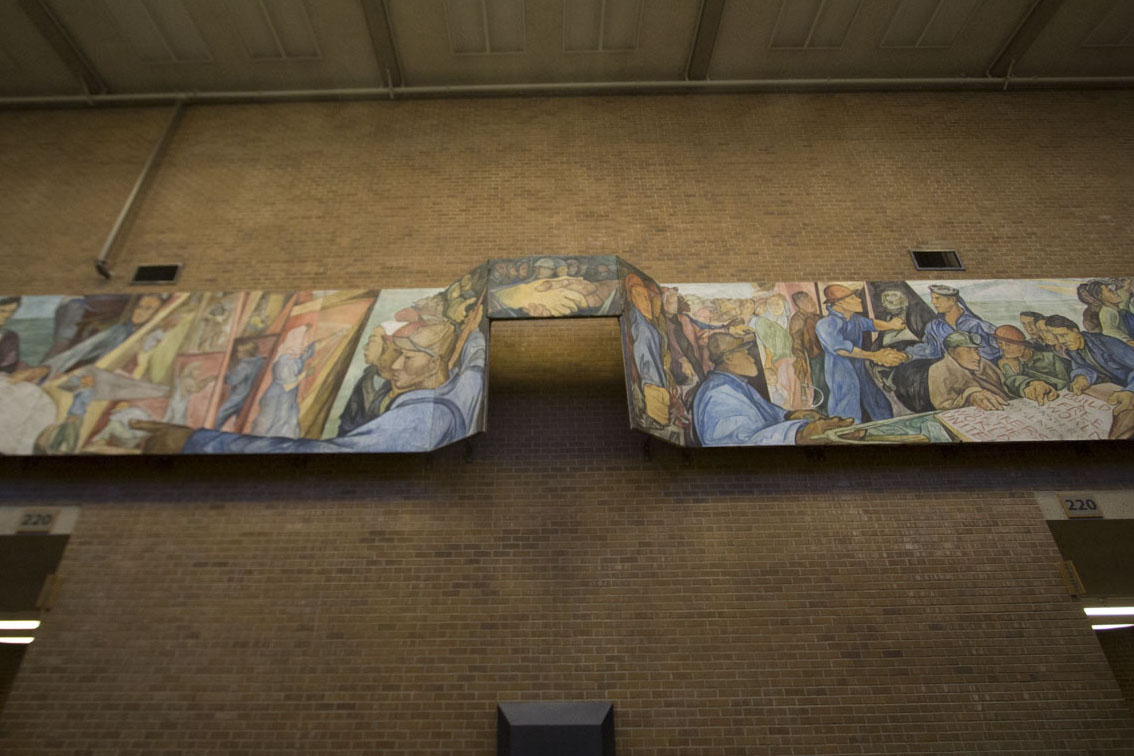 It’s sooth­ing to look at until you real­ize you’re about to shit your pants. The second floor is a little confus­ing at first because if you go up the stair­case on the left side of the build­ing, you only see the women’s restroom as you walk towards the soli­tary above­ground bath­room complex. The men’s room is down the narrow hall­way that you can’t really see from the main walkway. 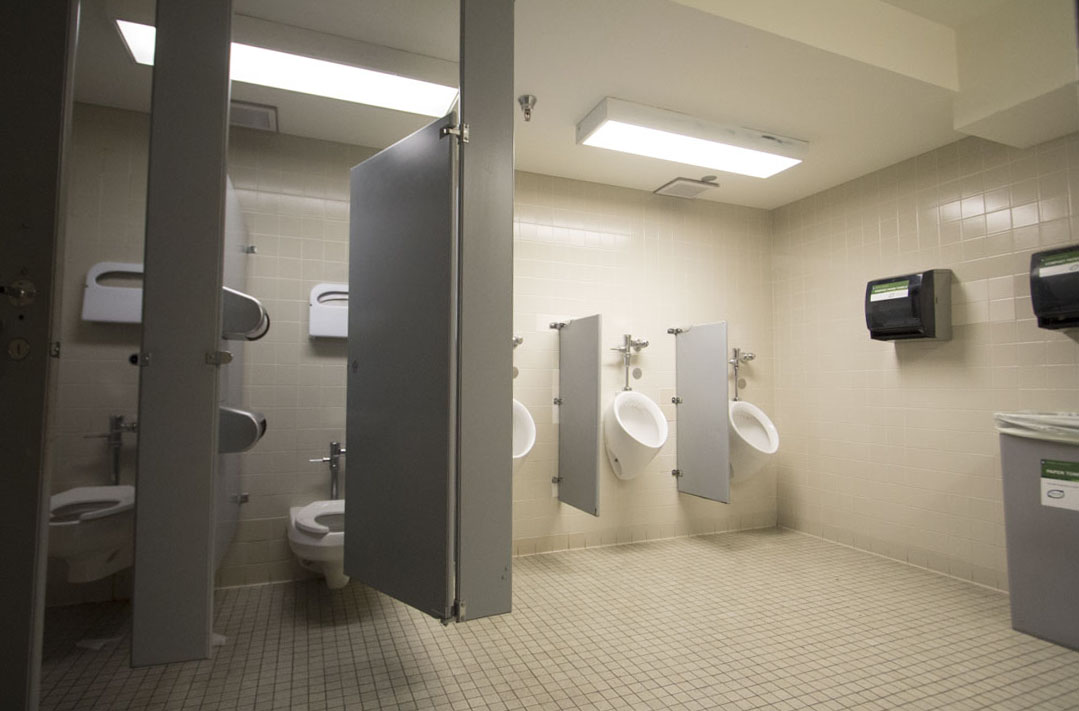 The bath­room can be described in one word: under­whelm­ing. The dragon sticker on the wall right when you walk in was about as whelm­ing as it got. Three urinals with dividers, one (maybe two) stal­l(s), two sinks, that’s it. For the build­ing that can have more than 1,500 people in it at any given time, they have three urinals and two crap­pers for males. This bath­room gets foot traf­fic out the A, so keep that in mind if you like your priva­cy. Furnish­ing was noth­ing special. Moder­ate clean­li­ness. A moun­tain of paper towels in the garbage cans. Once again, underwhelm­ing. 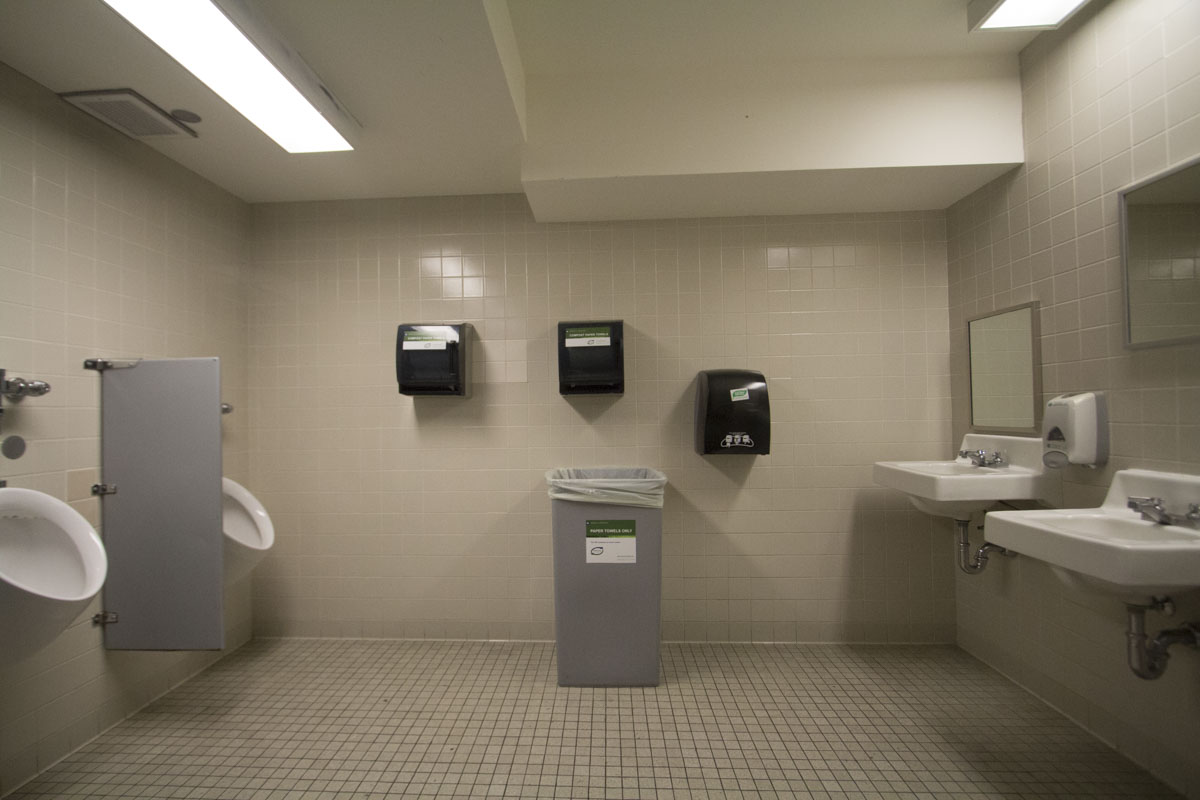 If anything would turn anyone off from using the 2nd floor bath­room, it would be the weirdos that hang out near/in the bath­room. These are the people you see sitting half an hour before their class starts out on the benches along the walls. They’re usually obliv­i­ous inter­na­tional students or the kind of people that think wear­ing a fedora makes you cool. I genuinely feel bad for these people, and forc­ing me to pee in close prox­im­ity to them makes me feel worse inside. Also, when I was in there, some dude in a black hoodie that looked like the kind of guy that kept his pluto­nium in the afore­men­tioned secret base­ment floors was blow­ing his nose pretty much every­where else except for into the paper towel he was attempt­ing to use. The fuck, man. 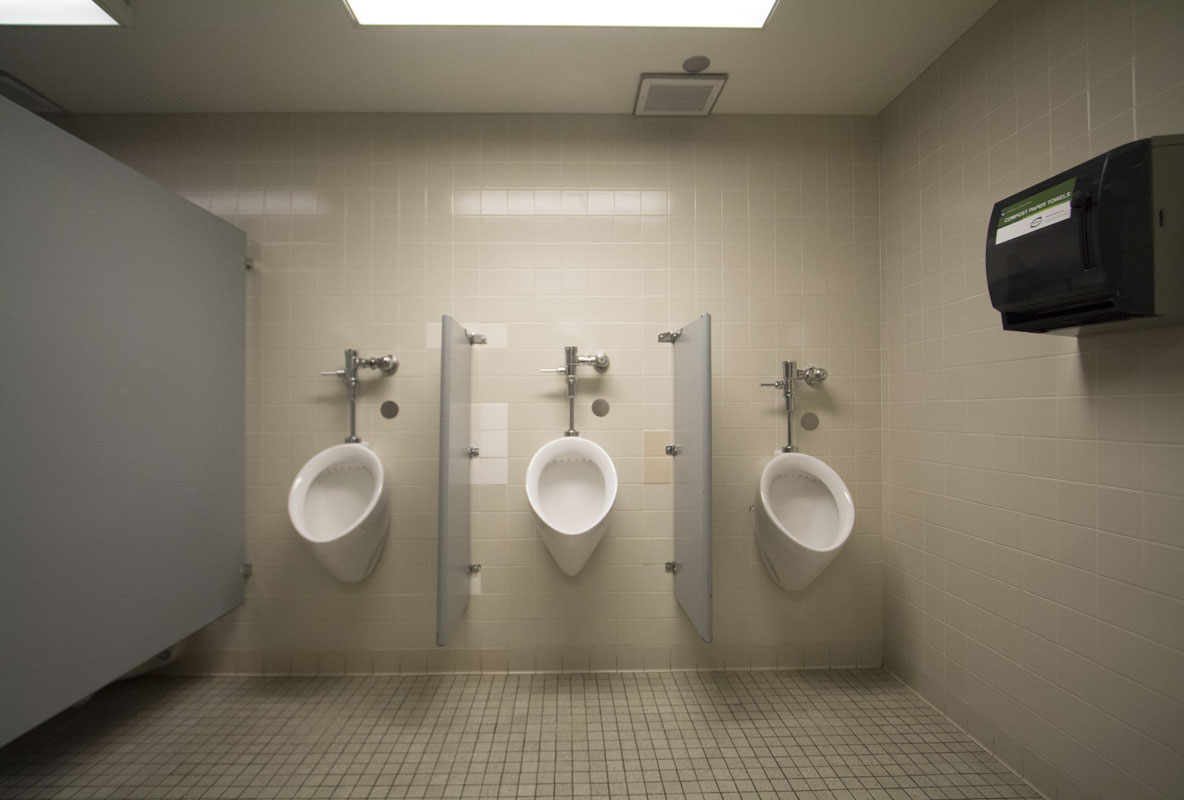 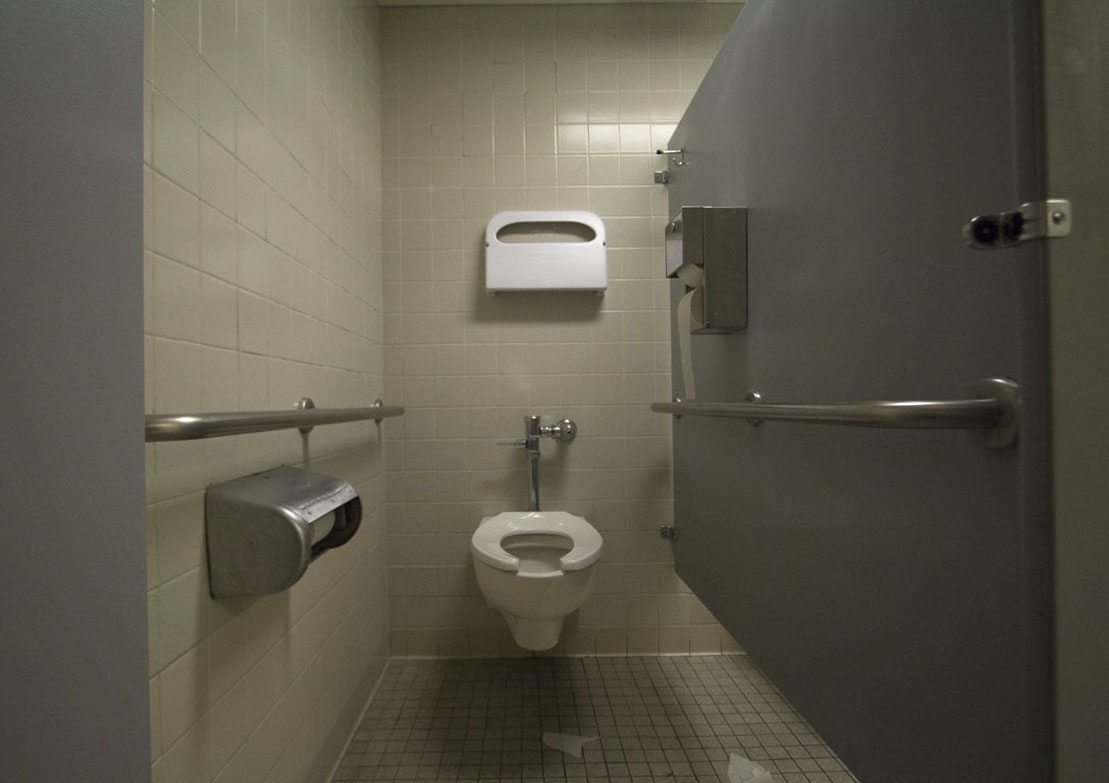 Need­less to say, this was a miser­able bath­room expe­ri­ence. Unless it’s an emer­gency and you’re cool with being in the bath­room with some of the strangest people on campus, avoid the 2nd floor Kane bath­room at all costs. 1 out of 5 fedo­ras on this one.