Happy Dead Week to all.

It’s been a long time coming for a review on a bath­room in Odegaard, the infa­mous under­grad­u­ate student library. Built in 1973, a short time later it was revealed by Carl Sagan as being one of the most diffi­cult places in the Solar System to be produc­tive. There are more means of distrac­tion within those confines than there are water mole­cules in the oceans. These are numbers of epic propor­tion we are talk­ing about here. People have been known to become insti­tu­tion­al­ized after spend­ing too much time trying to get him or herself to actu­ally study. You get the point. Odegaard is a hell­hole for myriad reasons. Why is this so? Was this always the case? Japan­ese scien­tists are trying to build super­com­put­ers to handle the algo­rithms used to deter­mine these factors as we speak and have been unsuc­cess­ful thus far.

Most UW students avoid going into Odegaard at all costs unless they absolutely have to. My reason for coming here was one of desper­a­tion — I needed to use Adobe CS6, which I can’t afford to have installed on my laptop, and my room­mate chokes my connec­tion speed if I try to torrent anything had I chosen to obtain it ille­gal­ly. This left me with no choice, so off I went.

Basi­cal­ly, if you’re fool­ish enough to attempt to be produc­tive in Odegaard, you put on head­phones and drown out any and all back­ground noise and try to work on some­thing until you have to pee. When you reach the point of squirm­ing in your seat and being 100% posi­tive that if you don’t pee in the next 7 seconds you’ll wet your­self, then you hastily pack up your things, or ask your friends (which explains why you’re not study­ing) or, much more awkward­ly, the girl study­ing next to you to watch your stuff as you rush to the near­est bath­room. In my case today I was on the second floor, so after three hours of intense photo­shop­ping, I logged out of my clutch dual screen station and booked it to the bath­room to the left of the checkout desk.

Odegaard got an inte­rior reno­va­tion last year to cele­brate its 40th year of exis­tence. This was much needed because the place was pretty shabby look­ing and the bath­rooms ran par with truck stop gas stations in terms of qual­i­ty. It was really a shock despite all the reno­va­tions being done that the bath­rooms essen­tially remained unchanged. If Michael K. Young or any other member of the ad board had gone inside the 1st floor bath­room for more than 0.2 seconds they likely would have hired a demo­li­tion team to blow the thing up and start from scratch just to render that it extinct for the rest of time, but they didn’t because the admin­is­tra­tive build­ing has kick­ass bath­rooms (one of which I reviewed a while back) and never had to both­er, so now the new Ode bath­rooms are virtually unchanged. 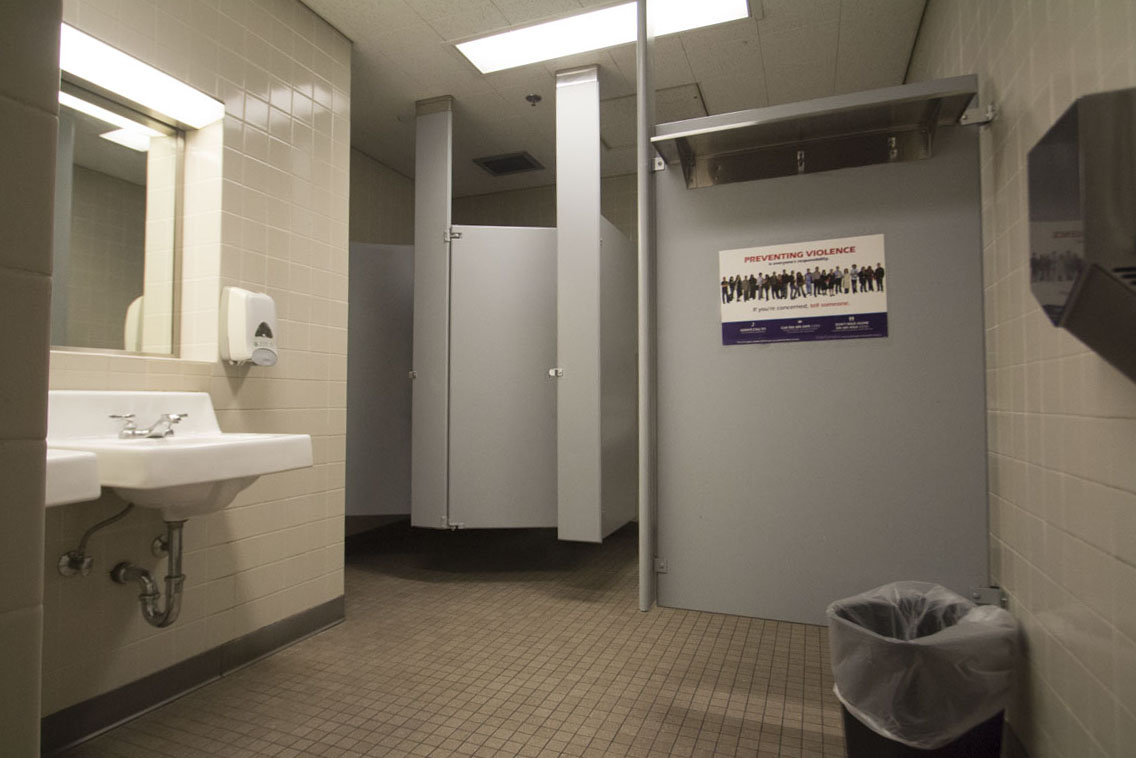 Need­less to say I was incred­i­bly disap­pointed with my expe­ri­ence in Odegaard 2. For one it’s small, with only two urinals, two sinks, and a stall. The other glar­ing issue is the fact that the urinals are in the direct line of sight from the door, so to compen­sate for this, a divider was installed to obstruct the view. This in turn makes an incred­i­bly awkward urinal corral with a narrow enough entrance that you get uncom­fort­ably close to passers­by. It didn’t really smell that great either because it’s a small bath­room handling a large and constant stream of traf­fic day after day. It just doesn’t work. 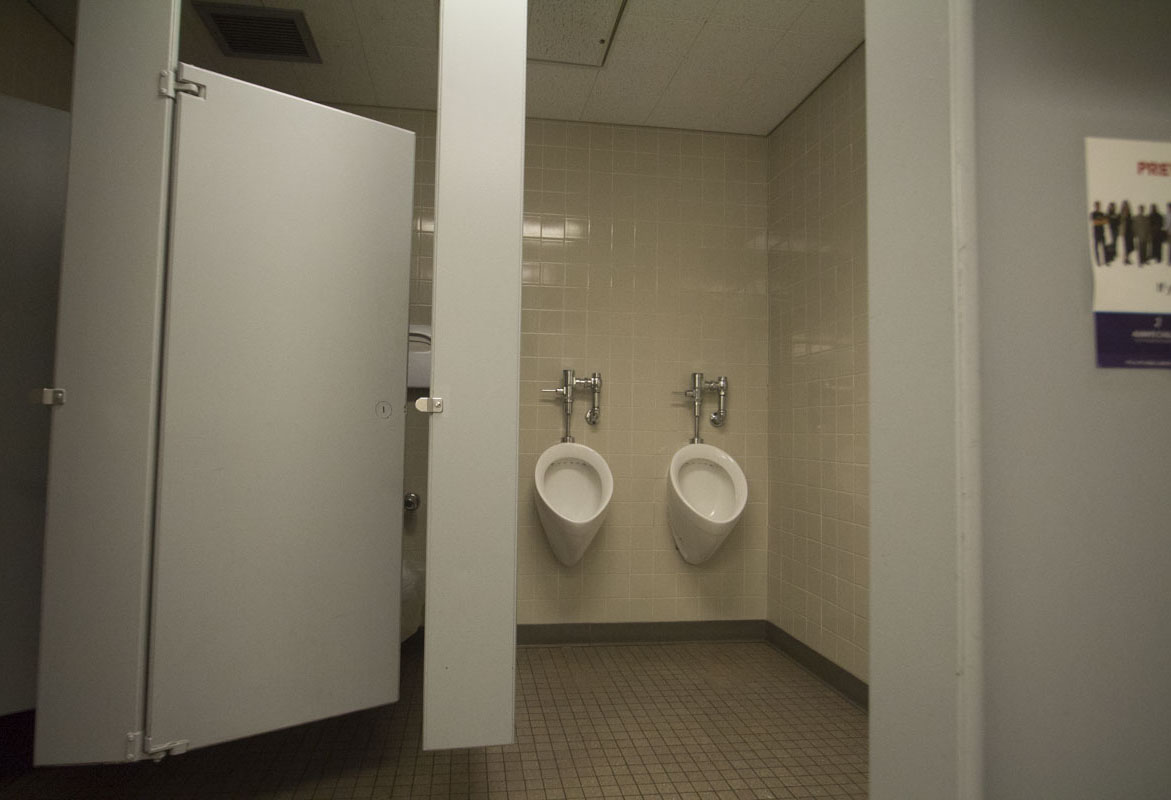 At the end of the day, Odegaard is just a terri­ble place in general and its bath­rooms are no excep­tion, even after an exten­sive inte­rior remod­el­ing. There should be no reason for anyone to ever go in there unless you’re check­ing out a book. It’s loud and crowded and you won’t get work done due to the innu­mer­able distrac­tions at hand. The Univer­sity of Wash­ing­ton has thir­teen other libraries all across campus, and all of them are infi­nitely better than Odegaard as places to study. If you need to study until 2am then just do it at your house or don’t procras­ti­nate. There’s no reason you should ever be here, unless you lack any shred self­-re­spect (which explains why I’m here). 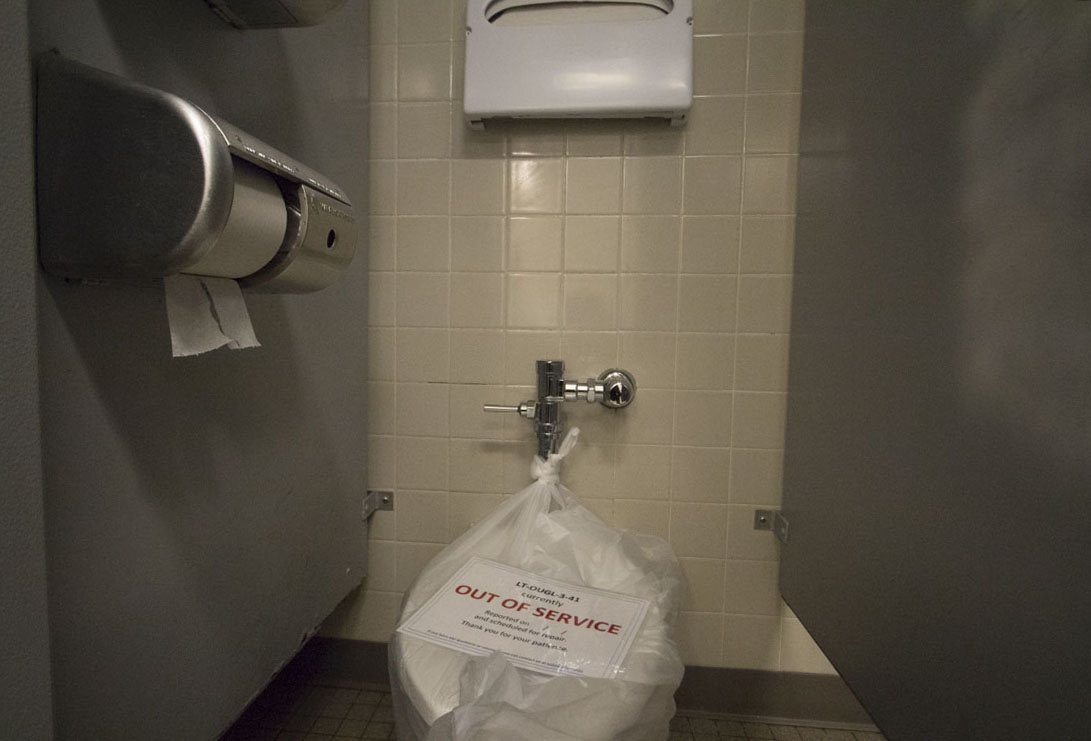