Vernon Louis Parring­ton Hall is one of the oldest build­ings on campus and houses the grad­u­ate school with arguably the vaguest acad­emic disci­pline in the univer­si­ty, Daniel J. Evans School of Public Affairs. While I with­hold my bad jokes about the School of Public Affairs, I will tell you that Mr. Parring­ton was the Univer­sity of Okla­homa’s first foot­ball coach and that Mr. Evans is a former Sena­tor and gover­nor (R-WA) in the 60’s. It can be assumed that the latter very much involved in several public affairs and is a fitting name­sake to the schools.

Parring­ton is located north of the World War II memo­r­ial cul-de-sac on Memo­r­ial Drive, right by the stairs between Kane and Odegaard. Since it’s the home to a grad­u­ate school the major­ity of students will rarely ever have a class there save for a very occa­sional human­i­ties class or quiz section that snags a room there. What its role is most of the time is that really old build­ing that’s not Denny Hall that every­one walks by but never ventures into. Entic­ing is the quaint coffee bar that’s usually hidden by a huddle of grad students discussing vari­ous public affairs, but it’s really not worth it; the line is usually long and it’s really not that great of coffee. They also close really early, around 4 or so.

Given that Parring­ton is one of the oldest build­ings on campus, I’m going to guess that it’s under­gone at least a couple reno­va­tions since its open­ing in 1902. Who knows what the second floor men’s room looked like in its orig­i­nal form? Perhaps only the likes of Daniel J. Evans himself would know, as he grad­u­ated from UW in 1948 and will cele­brate his 88th birth­day this year. When life gives you lemons, you make lemonade. 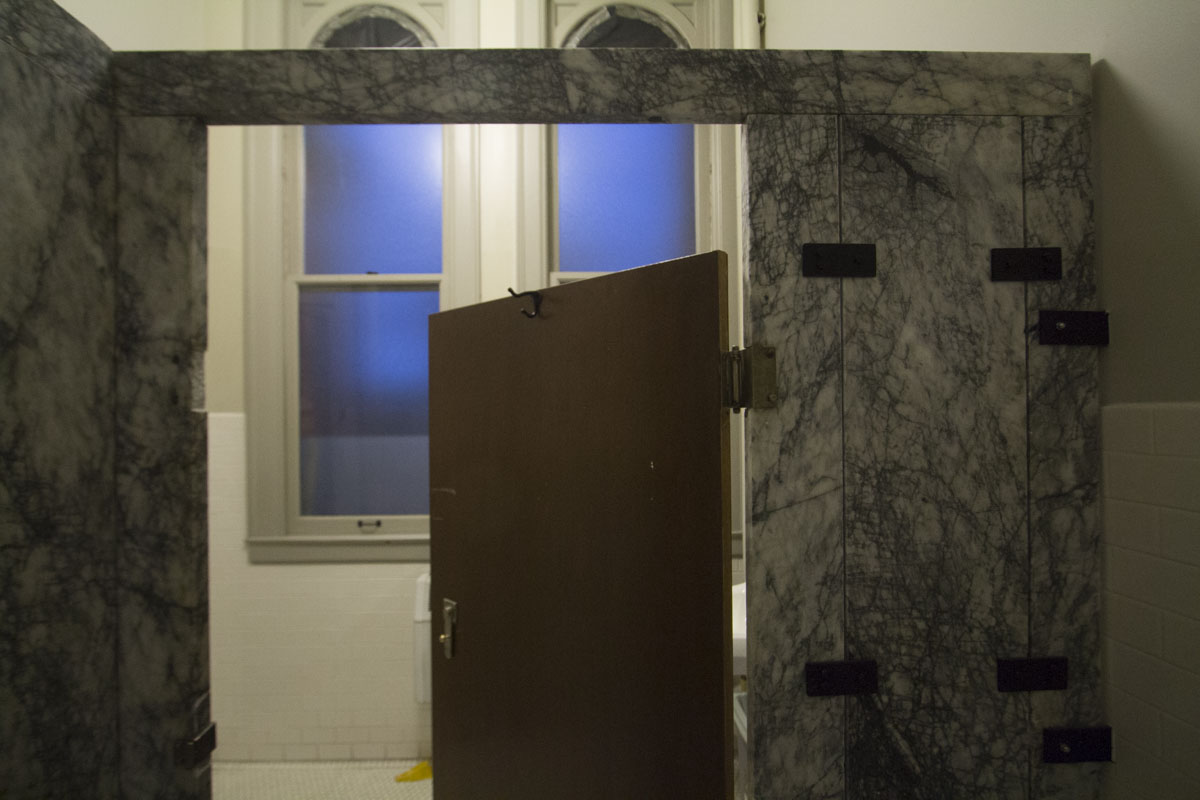 This was one of the stranger bath­rooms I’ve been to on campus simply because of the décor and the surreal atmosphere it exudes upon walk­ing in. The most notice­able trait of this bath­room is the stall made of what I believe was the white walls with black marbling. You don’t expect that sort of opulence when you walk into a bath­room. The size of the bath­room made the marble that much more notice­able; this room is small, contain­ing only one urinal and one stall. As I went to pee, I was look­ing down at the floor and noticed white hexagonal tiles. 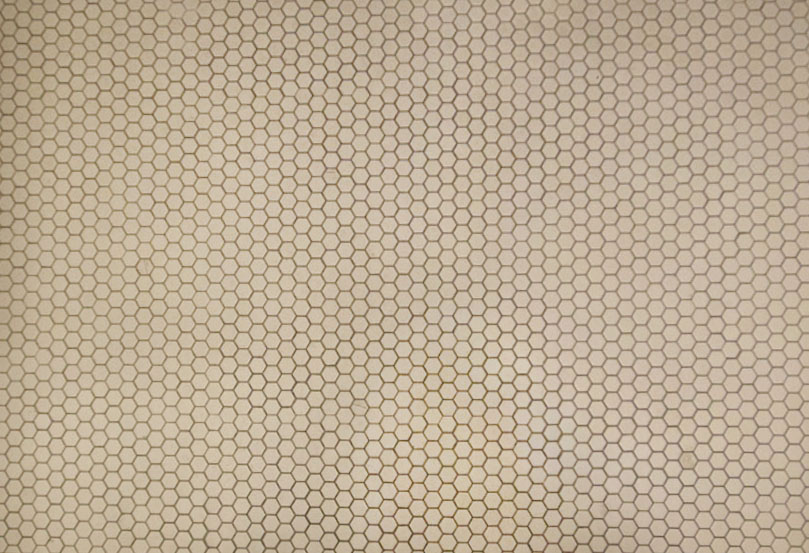 But then I looked at the walls and they had really glossy white rectan­gu­lar tiles. Throw in the clouded windows oppo­site from the urinal and stall and that is sensory overload! 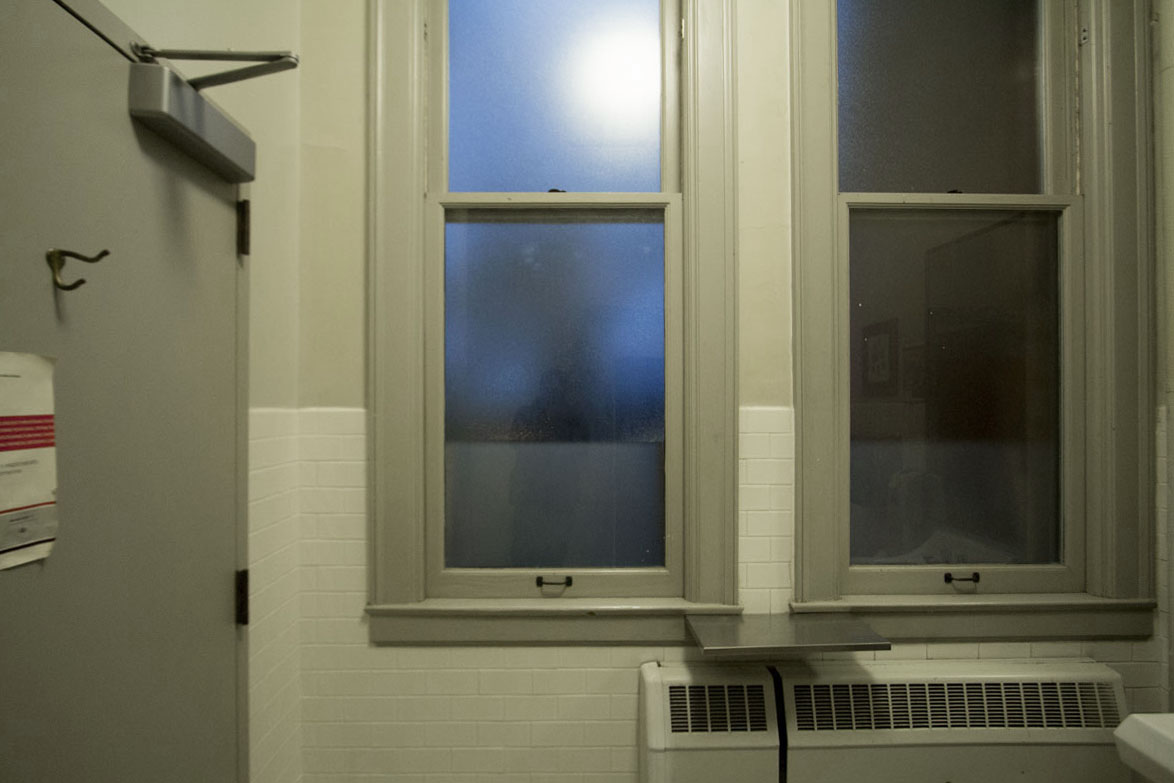 Too many textures are play­ing out simul­ta­ne­ously for this to be a relax­ing expe­ri­ence. And with how small it is, the room becomes that much more intense as every sensory input is concen­trated that much. I was getting a headache just stand­ing there wait­ing for the old guy that was just getting out of the stall to wash his hands in the lone sink. 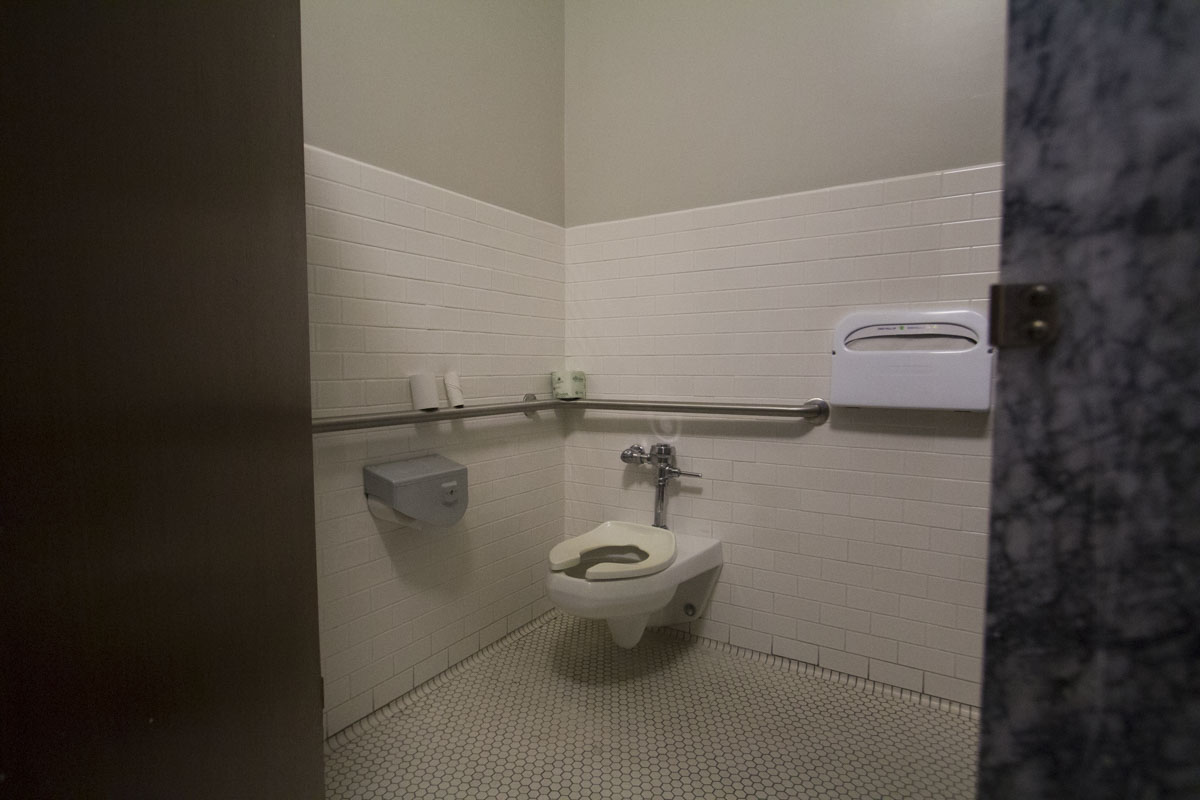 When the old man moved out of the way to dry his hands, I finally got a look at wall with the sink mounted to it, I saw one of the strangest things I have seen in a bath­room in recent memory. 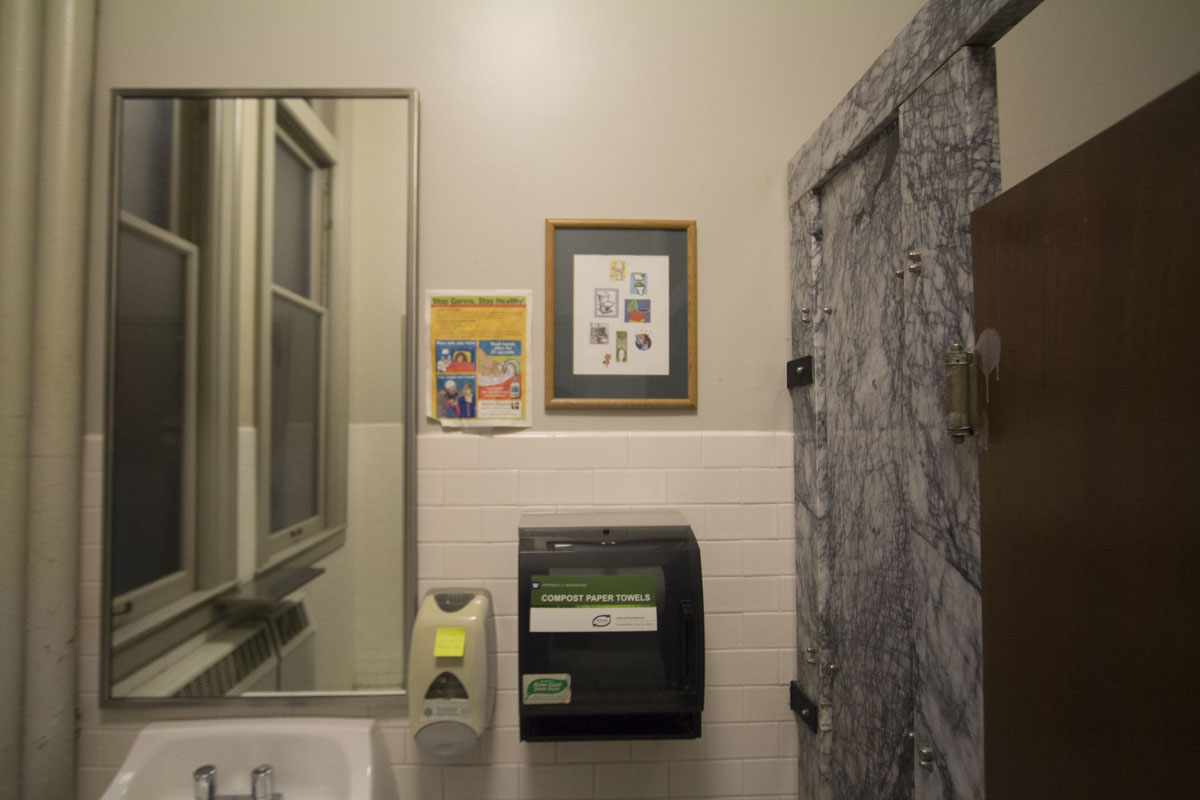 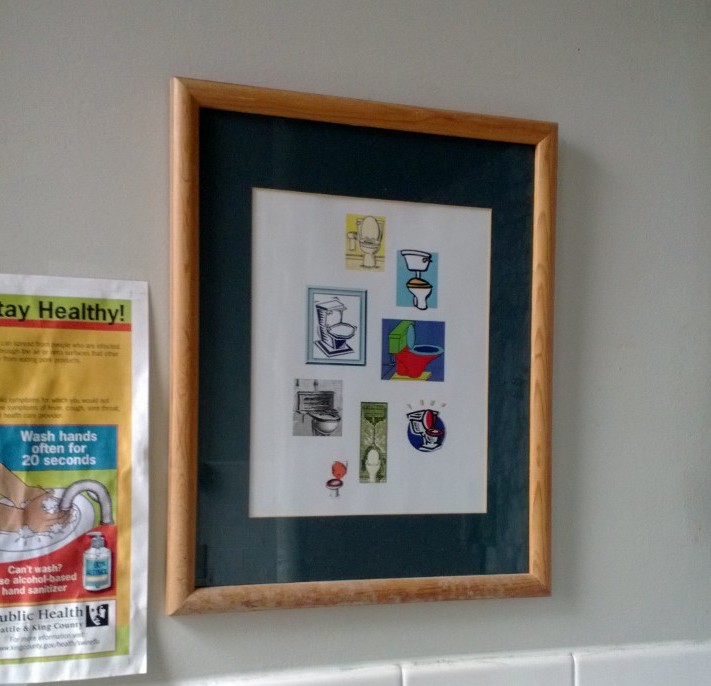 Could it be? A framed picture of clip art of toilets? In a bath­room? What is going on? I looked around in disbe­lief only to see the door of the marble stall made out of wood. This was just too much. Who on Earth comes up with this sort of deco­rat­ing scheme? This was either the work of a direc­tion­less inte­rior designer or a surre­al­ist genius. This bath­room is bril­liant. I will only say the major draw­back for this one is the long flight of stairs you need to climb (it is at the top of the left stair­case as you enter PAR). This should defi­nitely not be a go-to hotspot by any means but with how badly every­thing clashes and the really great toilet picture on the wall it’s too funny to not enjoy every now and then walk­ing along Memorial Drive.